Employee benefits and perks are quickly turning into an arms race.

We've all lost employees to companies offering perks like these.

It can sometimes feel like you have to spend a ton of money and go big on perks just to keep up.

Here's a secret many businesses have figured out: you don't have to spend a ton of money to thrill employees.

In fact, many of the things they want don't cost anything at all.

Check out these examples of companies just like yours that have implemented low-cost, high-return employee perks. They're living proof that meaningful does not have to be expensive.

Our agency couldn't afford to do a half-day off on Fridays, but we wanted to do something fun for the team. What we implemented was that we close an hour early on Friday - at 4:30pm instead of 5:30pm.

We announced this perk in the same meeting where we announced that Christmas Eve would now be a permanent holiday. The employees cheered more for the hour early on Friday than the whole day at Christmas

It's great to see the energy the team has on Fridays - they are always positive and in a good mood, all because they get to start the weekend one hour early. This is an affordable mini-perk that any business can implement.

I personally make soup from scratch. I am a gardener so often have surplus produce. I am vegetarian so all my soups are vegetarian (and no one complains). I rarely get less than 10 positive emails when I make it (which is only about monthly). The personal touch goes a long ways. Although we are not a big company, we are big enough that I need to work hard to stay connected with my staff.

What we offer as a unique perk to all of our employees or future employees is a music room. The guitars were less than $50 and the keyboard was $75.

Headquartered in Nashville, TN, most of our employees are either musicians or play music for fun. Playing an instrument has been scientifically proven to engage practically every area of the brain at once especially the visual, auditory, and motor cortices. The brain is a muscle and learning and playing music is like a full body workout strengthens those brain functions, allowing us to apply
that strength to other activities....like creativity.

One employee who has certainly used this perk, is a singer/songwriter and is pitching a few of his songs to a couple publishing companies. We have core hours of 10-4 during which all employees come to work. The additional two hours they work each day can come anytime between 8 and 6.

Some people work 8-4 so they can get home in time for band practice. Some work 9:15-5:15 so they can drop kids off at day care. Some work 10-6 so they can teach yoga in the morning. And of course everyone can choose the hours that help them avoid rush hour traffic.

We used to close early on Fridays during the summer, but our deadline-oriented business found many employees still at their desks during that time. That created frustration for some of our best people who felt like they were being deprived of a special benefit. So this year we changed our perk to Take Two. Now during the summer, full time employees can take off a weekly block of two hours of their choosing. And that block of time can change each week. Want a mid-day break to go shopping with friends? Done! Feel like starting two hours late so you can sleep in after an awesome night out? Plan on it! Would leaving two hours early let you beat traffic to the beach? See ya!

Again, this is the same amount of time off we were offering our staff previously, but now tailored to what makes them happiest. 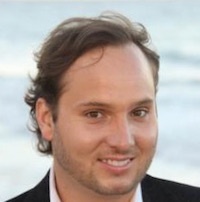 During the summer, everyone is thinking vacation. Working can feel like unending drudgery. One way we keep workers from resorting to mental vacations, distractions, and low productivity is to reward strong performance in the office with more time out of the office. We establish individual or collective goals, and once they’re achieved, we either close down the office for a day or let them clock out early.

At my company Blueboard, we have a variety of perks and events for employees. The kitchen in our office space is fully stocked with snacks and cooking ingredients, and employees frequently take breaks from working to bake goodies for the entire office. Occasionally, we get together and have a homemade team lunch that members of our team make together.

We encourage our employees to follow their passions outside of the office, which has led to our Head of Marketing, who is in the process of earning her RYT (registered yoga teacher) certificate, to host weekly yoga sessions for the entire office.

Finally, we have team events such as movie nights and puppy parties to spend time together outside of the context of work. 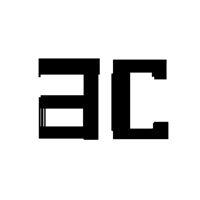 Our workers set their own hours, as long as they get the work done and on time. We don't ask them to be available at specific times, and it's written in their contract that they have the right to decline to work on any task for any reason, especially if it violates their religious beliefs or code of ethics. So far no one has turned down a project, and we've never missed a deadline.

No one works on their birthday, and they get a gift card for a service, product, or store we know they like.

We often barter our services within the firm to help each other out with side gigs. So far, we haven't had any conflict of interest with allowing workers to pursue their passions. We all sign non-competes, and none of the side gigs are related to PR.

These are all reminders that the best corporate perks aren't expensive or lavish.

They're personal. They make people feel important. They show that the company cares about them as people, not just as "workers."

As much as anything, each solves a problem. One of those major problems is giving employees something they can never get back: time. Time with their families, or doing anything they want, away from work.

That matters a great deal. Sure, you'll get a lot of mileage from an open bar, or a full cafeteria that serves three meals a day, but history has shown that those can do more harm than good.

If you don't have a bottomless benefits budget, focus on problems you can solve for people using current resources.

It might be shifting work periods by a few hours, or cutting Fridays short. It could even be cooking up pots of soup from your CEO's personal garden.

What matters is the personal connection, the problem it solves, and the way it makes employees feel.

Those seemingly small factors are going to come into play when another job comes calling.

They're the things people will mention to their friends when discussing their workplace.

They're the little perks people are grateful for when personal life needs to infringe on work life, which it so often does.

They're part of the culture. And as these examples show, money isn't a factor at all.