Five Ways to Conquer the January Doldrums and Energize Your Workplace

November and December are real pains for HR pros, but let's face it: they ROCK for the rest of the staff.

And it's really cold outside.

The next day off feels like it's six months away.

There are no parties on the horizon.

No bonuses or gifts.

No finish lines to cross, either. Quite the opposite - January is when most employees are staring at their new annual goals, wondering how in the world they're going to get where they need to go.

And suddenly employees go from the highest of highs to "work sucks" again.

In terms of importance, January is super valuable. You have to kick the year off strong and get people pointed in the right direction.

Yet many of them show up on January 2 already worn out and deflated.

You can fix this.

Try these small changes that could have a big impact on employee engagement and productivity in the month-long hangover that is January.

You just threw a Christmas party, and open enrollment meetings have all the work of a party - the last thing you want to do is throw another party, right?

Throw another one. Gather the entire company and get them juiced up together!

Introduce company goals and brag about hitting last year's, bring in a motivational speaker, cater a healthy meal, and get people thinking today about what they're going to accomplish tomorrow. Somewhere toward the beginning of the year, if not already, executives are going to toss out their Big Honking Goals for the year. It's going to be exciting and sound really good, but deep down employees may feel a big sense of dread.

Once the big goal is tossed out there, managers should work with employees on first steps and occasional milestones.

Remember, work-wise, January is the equivalent of someone just rolling out of bed after a fun weekend. They're going to need some time to get going; don't expect them to just pop out raring to go. Start with small steps then scale up.

Of course, splashing someone with cold water is also a way to get them going in the morning. Don't do this at work, because it's also an effective way to get punched.

This could be adjusted office hours. Optional standing desks. mixed-use work spaces. New cross-functional teams to expose employees to other parts of the organization.

Don't do anything too drastic or you'll endanger effectiveness. Instead, try small, optional changes that will keep people alert and perhaps make the workplace feel newer and fresher.

Another way of doing this is...

You probably introduced all of your new benefits at the open enrollment meeting way back in November.

Next time, keep one or two in the pocket to introduce at the beginning of the new year. It'll be something fresh and exciting to get them moving forward.

An employee discount program will help offset all those holiday bills. A nice logo'd jacket might help with that cold.

Or one of those Sonos speakers. Heck, even a Yeti cooler will somehow make the cold weather better. Fine, it doesn't have to help with the cold but it'll sure feel good to kick the new year off with a gift.

Despite a nationwide obsession with health and wellness in offices, work remains a big impediment to keeping New Year's resolutions for most people.

After all, we have to sit for long days. There's lots of stress. Workouts require family time.

Yes, employees are at work to work, but it's worth giving up some productivity here and there for healthier, happier workers overall.

And what better time than the new year, when many of them are making resolutions to be fitter, healthier, and happier?

Introduce an onsite fitness class, offer up some standing desks, or start a weight loss contest with cash prizes.

Bonus points if these are activities employees can participate in on the clock.

Get Off to a Fast Start

Remember when you were young, in school, and how excited you'd be for the holiday break? Then you'd hit the lowest of lows when it came time to go back?

Yeah, we don't really grow out of that.

We're all achievers and professionals and Grown-Ups, but we're also human. We like leisure and spending time with friends and family in low-pressure environments. Getting into a frigid car and fighting traffic to go sit in a cubicle for what feels like an indefinite period of time is a tough pill to swallow for most people.

Sure, over the first couple weeks they'll get back into the flow.

But what if you didn't have to wait for a "couple weeks?"

You can't recreate the holiday season, but you can get people excited and motivated to rev up their achievement engines again. 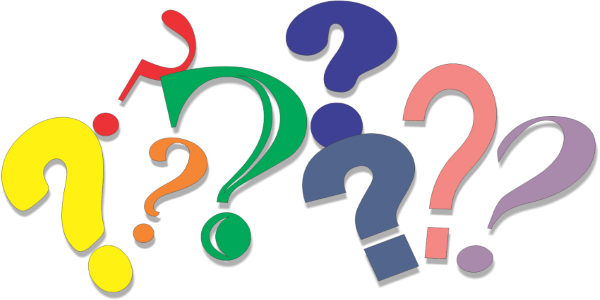