Last year the unemployment rate dropped to a nearly 50-year low, making it harder than ever to find, hire and keep good talent. And it looks like this sentiment is carrying over into 2019.

So what will employers do to recruit and retain?

What is it that employees want from their employer? What makes them loyal?

This is where we come in. We'll be gathering all the employee loyalty and engagement statistics we can get our hands on to help answer these questions.

Check the stats out here:

Of course, all of these statistics will also find their way onto our Ultimate Collection of Employee Engagement & Loyalty Statistics.

Stats related to Millennials will also be added to our database of Millennial Employee Engagement & Loyalty Statistics.

Looking for employee benefits and perks stats? We've got those too. 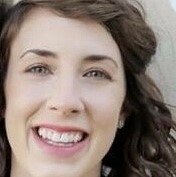